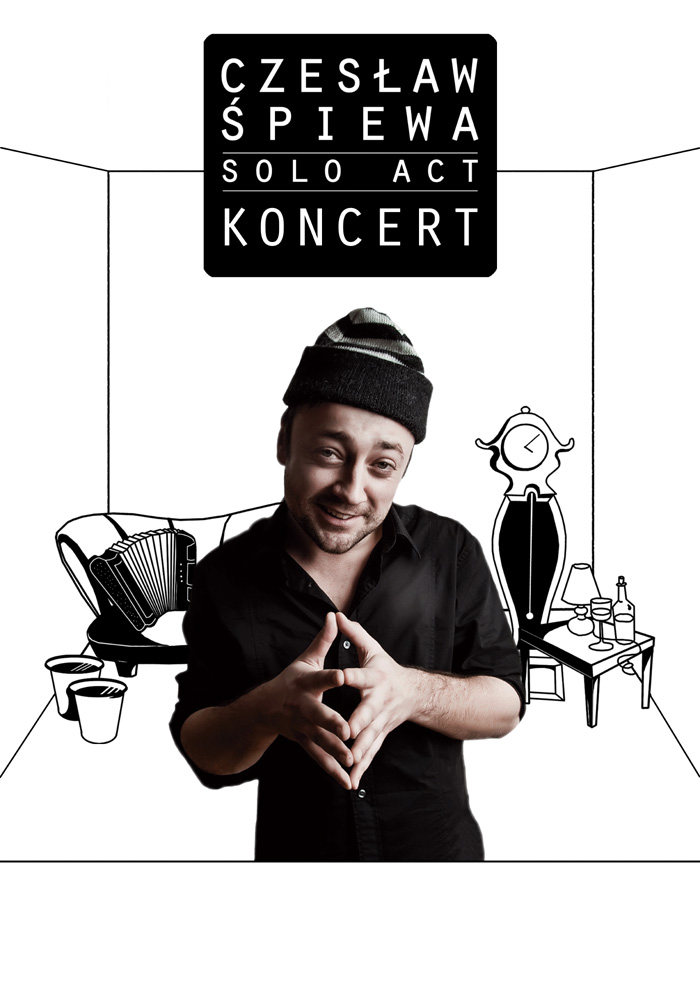 This internationally acclaimed Polish singer, composer, accordionist and TV personality stops in Edinburgh on his UK tour. Having grown up in Copenhagen (where he opened the Kulkafeen bar) and graduated from the Royal Danish Academy of Music, Mozil has had two records certified Gold and one Platinum and was a juror on the Polish version of X Factor on TVN, no less.  An avowed lover of waltzes, he improvises melodies and proves that classical music doesn’t have to be boring by combining elements of avant-garde fantasy, cabaret and folk with a punk-rock vigour and poetic mood.  Solo, he showcases piano and accordion skills, featuring hits and favourites from the albums Debut, POP and Czeslaw Spiewa Milosza.  Each song is prefaced by anecdotes about the origins of its creation and similar autobiographical accounts.  Mozil’s style will appeal equally to fans of Balkan, klezmer and gypsy music.

The idea of ​​the Czeslaw Spiewa Solo Act was born 12 years ago, when an unknown Czeslaw Mozil widely played and sang wherever he could, travelling in small towns commonly called ‘Polish Class B’, with the objective of popularizing his Polish/Danish band, Czeslaw Spiewa, and to present Czeslaw Mozil to the public as an alternative musician.  Keeping with the spirit of the artist, this musical journey through the antipodes of the country maintained a balance between Czeslaw Mozil’s TV presence and his artistic activities. The project was a big success.

His solo shows are very popular among young people and older music lovers.  Funny jokes, an unusual set up and the intimate atmosphere of small pubs and social clubs create a unique opportunity for the artist to connect with a particular and multi-generational audience.  The result is the Platinum status of his DVD ‘In my little world’, which perfectly captures the atmosphere of unusual concerts under the title of Czeslaw Sings Solo Act.  There is no easy way of describing or labelling Czeslaw Mozila Solo Concerts.  Check out the wee video clip below for a better idea of what to expect.