We’re very excited that UK techno producer Blawan is returning to the Bongo on Friday 27th November with a DJ set for the Substance x Pulse head-to-head.

First witnessed when he played Substance’s 6th Birthday at our former venue back in 2012, the Yorkshire-born producer, DJ and sound design buff has become quite the international sensation of late, treating massive festivals all over the world to his exciting brand of punishing beats and moody soundscapes.

Blawan continues to provide evidence that he is currently one of the hottest and most versatile properties on the electronic music circuit. Seemingly rising from nowhere, he first came to prominence with his debut release on Hessle Audio, standing apart from the crowd with his clanking, stepping percussive beats, following it up with the acid-flooded ‘Bohla’ on R&S, its raw, techno-influenced beats championed by DJs such as Surgeon. ‘What You Do with What You Have’ followed and a remix of the Radiohead track “Bloom” helped his popularity grow. He has since become one of the biggest artists in techno, winning over the heads’ hearts with his raw percussion and a nod to the UK’s techno heritage as seen on productions such as ‘Why They Hide Their Bodies Under My Garage’ (Hinge Finger).

A hardware-only project, Karenn, combining with fellow R&S producer Pariah for some outrageously exciting live shows and dynamic recordings and couple of startling performances on Boiler Room all brought fresh acclaim, cemented when UK pioneer Surgeon joined forces with Blawan for a release on his vinyl-only label (Works the Long Nights) under the guise Trade.

This mix from 2014’s Aquasella Festival in Spain should give you an idea of what to expect from his DJ set at the Bongo.

After two stand-out shows with Rodhad and DVS1 earlier this year, Pulse and Substance join forces once again for this event, with respective residents Gavin Richardson and Darrell Harding providing the DJ support. 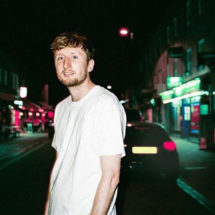