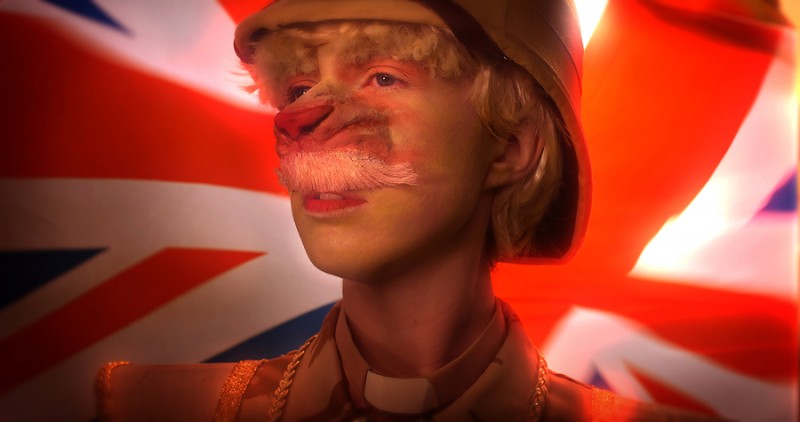 We’re very excited to have Future Shorts returning to The Bongo Club this Saturday, not least as, in addition to a multitude of talent from across the globe, they’re showcasing the work of hugely exciting, up-and-coming film and video artist Rachel Maclean, who was awarded Glasgow Film Festival‘s 2013 Margaret Tait Award.

Maclean’s short film, A Whole New World, which recently screened at GFF14, portrays the fantastical ruins of a fallen empire. Combining grand narrative with cheap product placement, the work explores themes related to British Imperial history and national identity. Maclean plays all the characters in the work, miming to a multilingual soundtrack and bedecked in an elaborate combination of prosthetic make-up, historical costume and Union Jack-encrusted tourist tat.

Have a look at this interview with Maclean, where she discusses the content and theme of her work alongside GFF producer Corinne Orton. 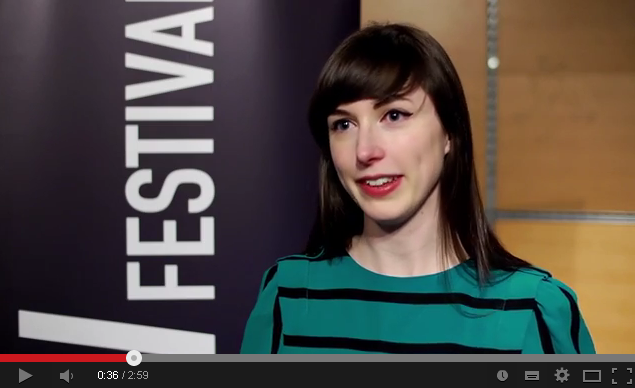 A Whole New World was commissioned for the Margaret Tait Award 2013 in conjunction with Glasgow Film Festival, Creative Scotland and Lux.