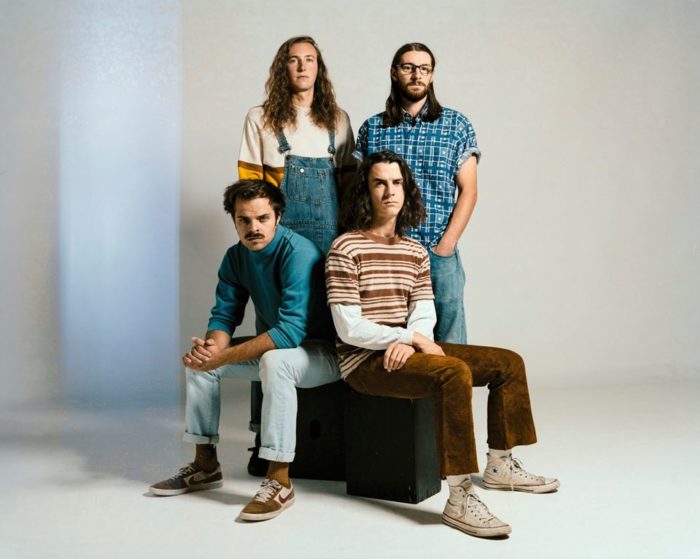 Peach Pit’s songs feel like a close friend telling you a story. The Vancouver quartet—Neil Smith [vocals, guitar], Chris Vanderkooy [guitar], Peter Wilton [bass], and Mikey Pascuzzi[drums]—refine this signature storytelling over a soundtrack of breezy guitars and some ballsy distortion on their forthcoming sophomore album, expected next year via Columbia Records.

As legend has it, these high school buddies from North of the Border achieved a major breakthrough in 2016 with their self-titled viral anthem, “Peach Pit.” It eventually surpassed 25 million Spotify streams and heralded the Sweet FAEP in 2017, which also includes their hit single “Seventeen.” Meanwhile, the band’s 2017full-length debut Being So Normal yielded a string of off-kilter anthems a la “Tommy’s Party” [13 million streams], “Alrighty Aphrodite” [11.5 million streams], and “Drop the Guillotine” [8.2 million streams].

Along the way, they have built a cult following in large part due to their stellar live show. Peach Pit has performed everywhere from Bonnaroo, Shaky Knees Music Festival, and CBC Music Festivalto Bumbershootand Capital Hill Block Partyin addition to attracting acclaim from Vice, Substream, Exclaim, and more. 2019 saw them hunker down and record alongside GRAMMY® Award-winning producer John Congleton [St. Vincent, Best Coast] over the summer.

The first single “Feelin’ Low (F*ckboy Blues)” illuminates a shift. Like any good tale, it ends on a twist.“Five years ago, I was on a backpacking trip inThailand with my best friend Tomas,” front-man Neil Smith recalls. “We made a bet over a card game tournament while we were there. The loser had to get ‘Skunk’ tattooed on his butt. On the last day in the Tokyo airport, Tomas beat me, so I had to get the butt tattoo with our other friend as the tattoo ‘artist.’

All of a sudden, everyone bursts out laughing. I was like, ‘Oh my God, what have I done?’Long story short, I now have ‘Fuckboy’ tattooed on my butt. So, that’s what ‘Feelin’ Low’ is about.”In the end, you’ll remember these songs (and stories) for a long time to come.

Music of many colours since 2010.   Strictly party vibes. 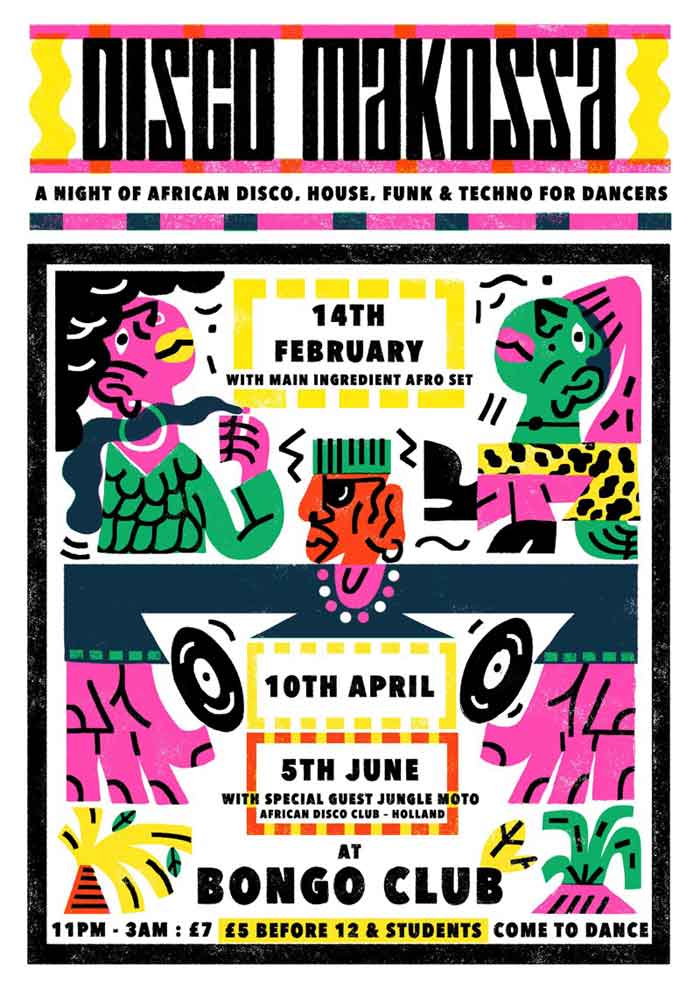 Yes, Disco Makossa is back in the area to bring you night of dancefloor ready African funk, disco, boogie, house and a little drop of acid: hot and spicy. And they’re stoked to be at the Bongo over two rooms!

Sound system and crew, part of a music and art collective specializing in BASS music.

Custom built and comprised of the finest audio components, it operates at a huge 26KW and provides as much deep bass, punchy mids and clear highs as any party could require.

Hotline aims to create an all inclusive party full of women / POC / LGBTQ+ representation, where everyone is welcome.

Music of many colours since 2010.   Strictly party vibes.