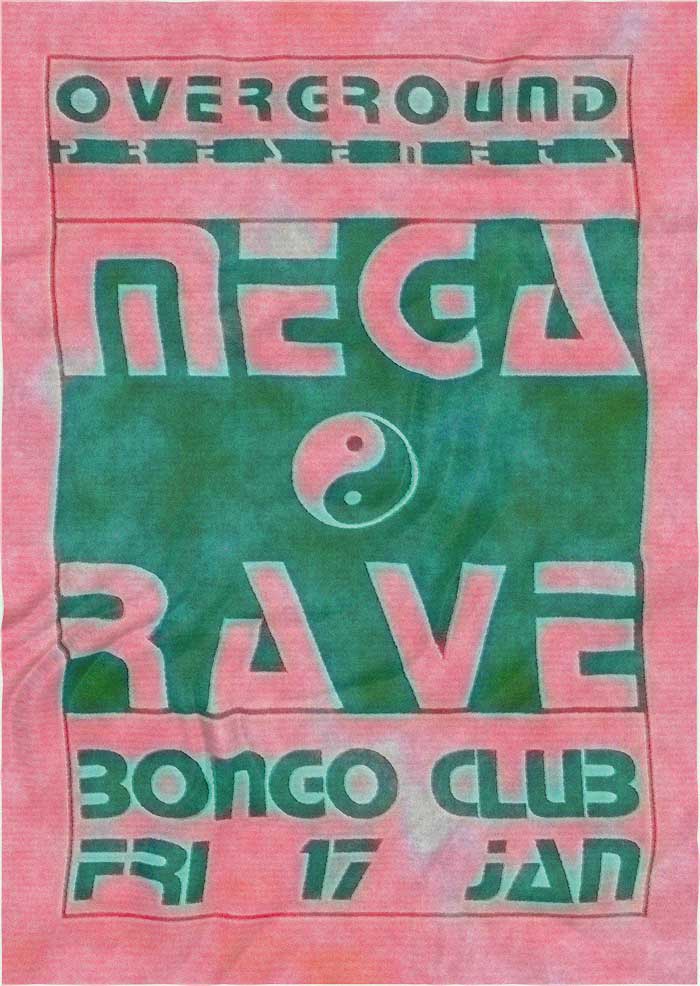 The ᴏᴠᴇʀɢʀᴏᴜɴᴅ ‘Free Rave’ series launched in October 2016 and has become a defining part of ᴏᴠᴇʀɢʀᴏᴜɴᴅ. Since then, it has spawned Wee Rave at Sneaky Pete’s and Mega Rave at Bongo Club.

After a sell-out NYE rave, January sees the second ever Mega Rave, a rare chance to enjoy a night in The Bongo free of charge. All you need to do is sign up to the guestlist. Attendance is highly encouraged.

*in order to tag, make sure they have also hit ‘going’.
Untagged names will not be added.

▬▬▬▬▬▬▬▬▬▬▬▬▬▬▬▬▬▬▬▬▬▬▬
Zero-tolerance policy on harassment of any form. Examples of which include, but are not limited to: invasion of personal space; discrimination of any type; deliberately causing offense; predatory behaviours; violence and aggression. If you encounter any instances of such acts, please inform us immediately.

Harm reduction services will be available during the night from Crew: mind altering, a local charity who have been supporting Scottish events since their birth from the rave scene in the early 90s. They’ll be giving out information and support (and earplugs and condoms) – if you’re feeling unwell and need some help, or just want some free shit, you can find them by the downstairs toilets between the bar and main room.