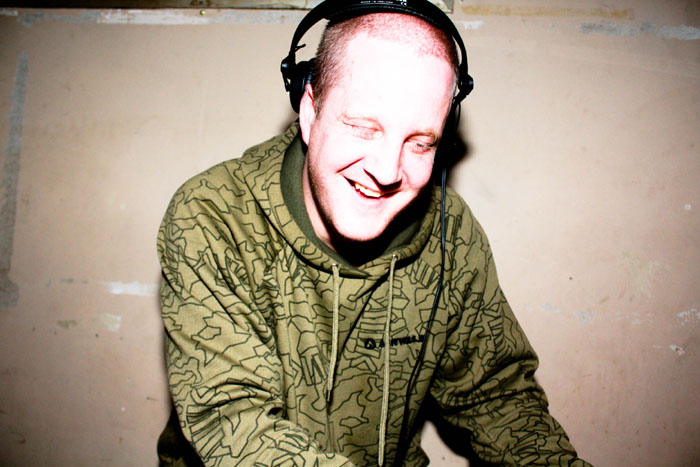 We’re proper excited to be welcoming Jerome Hill to the Bongo this weekend, not least given his links to Edinburgh’s own ‘wonky techno’ crew back in ze day (see below). Is Edinburgh actually a home from home for Jerome?!  Perhaps… 😉

In the promoter’s own words, ‘We’ve had him at Henry’s and then at the Bongo in June 2012 as part of a free summer rave… think it went Jeff Mills, Rephlex then Jerome.*  He’s so good if you’ve never caught him.’ [*What a sequence! ]

There was a cracking piece (published early 2015) by the Electronic Explorations blog on why Jerome Hill is still such an essential DJ, which is copied below for your convenience.  It also includes a BANGING mix which he describes as follows:

“Just a load of tunes that I love and regularly play out… Old and new… No theme except that the tracks are hopefully memorable in varying ways.. Techno, Acid and Electro, all embracing their individuality and not creeping around trying to ‘fit in’.  Oh, and mixed on vinyl, a couple of CDs when necessary and no tractors or sinks”

DJ since 1990, beginning with Hip Hop, Acid House, UK Bleep, Breakbeat and Techno, a residency throughout the mid to late 90′s on infamous London sound system “JIBA”among others, manager and music buyer for 2 record shops Trackheads & Dragon Discs in Camden, London, (1997-2004) during which time an international DJ schedule opened out, Jerome has been a permanent fixture on the London scene and pretty much lives and breathes the music, his sets being educational and hedonistic in equal measures..

Founder of Don’t Recordings (which celebrates it’s 15th birthday this year) & Fat Hop records (for fans of Old Skool Hip Hop/B-Boy Breaks) , and more recently two new labels; the booming acid house of “Super Rhythm Trax” and the 1992 rave themed “Hornsey Hardcore” His bi-monthly ‘Don’t’ club night in Dalston is entering it’s 3rd year and has built a strong following amongst true Techno lovers, with Jerome as its resident and amazing and well respected guests passing through every time.

‘Jerome is best known for his involvement in the “wonky techno” scene (indeed he coined the term for a section in the Dragon Discs record shop where he worked in the mid-90s) – the punky but secretly rather sophisticated warehouse sound of people like Neil Landstrumm, Dave Tarrida, Cristian Vogel and co’ – FACT

Between putting out records on the labels and the release of his and Mark Archer’s (Altern8/Nexus 21) double mix CD, 2014 saw a hectic DJ schedule, playing slots at Bestival, Glastonbury (alongside Aphex Twin), XOYO (London), House Of God (Birmingham) and up and down the UK plus Australia, Japan, Finland, Belgium, Germany, Prague, Poland, Spain, France and Ireland all featuring in the international calendar. 2015 is set to be busy too, with releases about to drop on I Love Acid, Power Vacuum, Super Rhythm Trax, Don’t and Mindcut and the calendar beginning to fill out.   You can also catch Jerome on London’s Kool FM / www.Koollondon.com, The Roots of Rave show every wednesday 11.00-13.00 GMT   Be it a Techno dancefloor, an Old Skool Rave or a Hip Hop jam, Jerome is at home and relishes bringing something new to the party with surprises around every corner.

Hill has always flown the flag for other rough and rugged UK underground sounds, notably UK hip hop, breakbeat rave and old school Yorkshire-style bleep’n’bass – and he continues to represent all of these in his sets, promotions, releases on his labels and the ‘Roots of Rave’ show on Kool FM – FACT

Catch the man himself at Substance this Friday, 12th May!