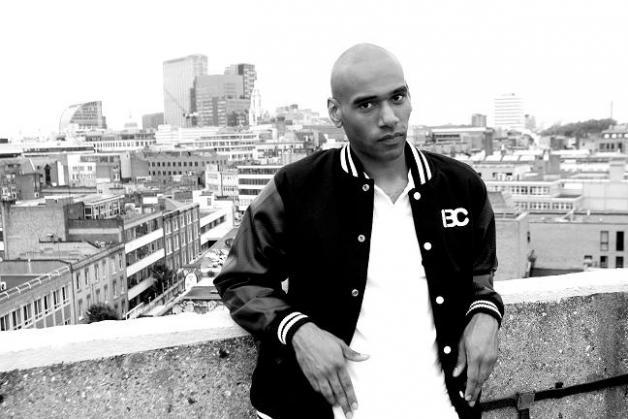 Big n Bashy welcomes special guest P Jam for his Scottish debut this Saturday.  P Jam is a founding pioneer of grime and was a part of Dice Recordings, working alongside Skepta & Big Narstie. He has also produced tunes for the likes of D Double E, Kano, Frisco, Flirta D & Shystie.  P Jam has been active in the grime scene again recently, releasing music on labels such as Butterz, Night Slugs, Terror Danjah’s Hardrive Recordings and his own Beatcamp label.

Here’s a quick interview with Terror Danjah by Soundplate that accompanied the above podcast, back in February.

With an exciting schedule ahead of him, the grime producer talks reaping the benefits of now.

In a scene that’s healthily supported by both longstanding veterans and bright newcomers, P Jam occupies an interesting place somewhere in the middle. A producer since the very start of grime with well known tracks like Spun A Web and Anger Management with D Double E under his name, he disappeared for four years to return with the EP re-release of the Anger Management instrumental on Terror Danjah’s Hardrive Records and Arizona Skyz – a real set-stopper that still sounds as impressive now as it did in 2011. His taste for the tough drum lines and hollow bass of early grime and his open ear for melodies have meant that rather than having to conspicuously revise or rebrand his style, P Jam has simply been able to continue where he left off; benefiting from the genre’s improved infrastructure – he works closely with Hardrive, Butterz and has also set up his own label Beatcamp – and added interest from long-time admirers on its outskirts – his next release is a double A-side vinyl on Night Slugs’ White Label series. Dummy caught up with P Jam quickly over email to talk about beginnings, new beginnings and the near future.

Could you start by simply telling me how you first started in music?

P Jam: I first started by purchasing vinyl from as young as nine years old with my dad. My dad and my godfather were the ones that introduced me to UK dance music. They used to meet up where I lived, usually on a Saturday, and play Jungle records and recorded Kool FM sets along with tapes of soundsystems.

Your tracks sound like they’re made by someone with diverse tastes, how would you personally describe your sound?

P Jam: I really do find it hard to define what my sound is. It’s probably due to the fact I do love a wide range of music and will try and bring them elements into what I produce but at different times. A lot of my work is probably just a reincarnation of what I loved and listened to so much before I could produce music.

What kind of music do you listen to the most?

P Jam: There’s loads of dance music out there today to listen to at the moment but it does vary from either listening to Rinse, browsing Soundcloud or YouTube or just digging through my library of what I think are classics.

Arizona Skyz immediately caught my ear when I first heard it, did you purposefully go out to make something that ambient and, like, spacey?

P Jam: Yes, I always wanted to make a song that took you on a journey because it was so common in Drum & Bass back in the day but it rarely happens in grime. When I finished the V.I.P I didn’t think people would really take to it because it was quite different to what was getting played in the grime scene but soon as I played it Terror Danjah he took to it straight away.

You weren’t producing for good few years before 2011, was it difficult to get back into producing after such a long break?

P Jam: I think it kind of worked in my favour. The actual time I got back into production was at a time where the club scene was on the rise again so people were open to hear new and different sounds allowing me to basically experiment and not follow anything that might have been imprinted.

Are there any specific differences between the grime scene the first time round and the scene now?

P Jam: Yeah the likes of Butterz and Hardrive building platforms for producers to get heard. That wasn’t happening back then, the focus was more on the MCs than anything else.

Could you tell me a little about how the running of your new label Beatcamp has been going?

P Jam: It’s been an educational and enjoyable at the same time. We’re a year in now and was really focusing on how businesses work in the industry along with finding the right people to work with in the scene. We’ve managed to find all the things needed to help run the stable as best as possible so now the focus is on putting music out.

Are there any particular vocalists you’d like to hear on one of your tracks?

P Jam: I really want to work with Ruby Lee Ryder, there’s not many that have a voice like her.

How did the link for the upcoming Night Slugs White Label release come about?

P Jam: Bok Bok got in contact with me after he heard one of my old tracks he’d been after on my ‘History of P Jam Mix’. I sent him a batch of tunes, Night Writerbeing one of them. Bok Bok picked out that track in particular and asked if he could use the track to release on the NSWL series. I didn’t make it originally for a release I was just gonna have it as a tune to play out so was shocked he picked that tune out.

Finally, is there anything else we can expect from you or Beatcamp soon?

P Jam: BCR002, 003 and 004 will be available this year. The first two will be by myself. The third will be a debut single for Chaos and Order (me and R35) who also have a track forthcoming on the ‘Grime 2.0’ compilation on Big Dada. I’ve got a couple releases I’m working on with other labels as we speak also but that’s all I can reveal at the moment.

P Jam’s Arizona Skyz VIP and Insomnia feature on ‘Hardrive Presents Hardwired’, out now. A release date for the Night Slugs White Label is yet to be announced.