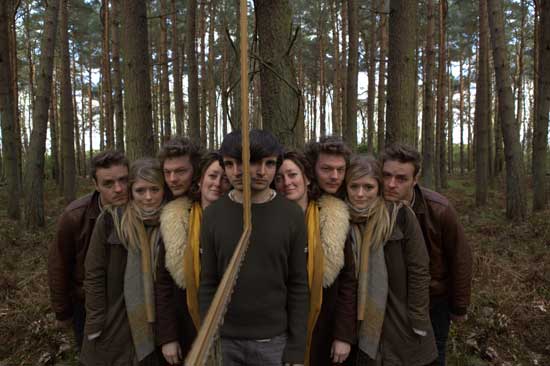 Edinburgh quintet King Eider have had a tremendous year, between selling out The Caves for their album launch at Easter, live sessions on BBC Radio Scotland (Culture Studio) and BBC Radio London (Gaby Roslin) and a summer stacked with gigs across the UK on the festival circuit, from the Isle of Wight to Knockengorroch, Kendal Calling to Kelburn. This event sees them launch the video for new song Fire (from their forthcoming second album), exhibiting a new twist on their sound with a darker style than before.

Check out the video for a previous single, Whisky, below.

Gaby Roslin spotted the band practising in St James’ Park in London, while walking her children home from school, and was so impressed that she immediately invited them on to her radio show the following Saturday.

Charlatans front-man Tim Burgess is also a fan.  He liked King Eider so much, he personally invited them to play at his Tim Peaks Stage at Festival No. 6 and Kendal Calling and the group have subsequently been asked back to perform a private gig as one of The Best Tim Peaks Acts of 2013.  Debut single Drink Me Dry was a Track Of The Week on Best of British Unsigned, with the band also featuring on their Best Of 2013 and Bands to Watch in 2014 transmissions.

Debut album The Deeper The Water was recorded at Chamber Studios, Edinburgh, funded 100% through crowd-funding site Kickstarter.  Pre-sales of the album and tickets to the launch have both proven hugely attractive propositions for King Eider fans, who have donated a total sum well over the band’s initial target.

From the loud to the soft, the haunting to the upbeat, the harmonic strength of King Eider lies in their hearty concoction of late night three-part harmonies, acoustic guitar, bass, drums and classical strings.

‘The Deeper The Water’ is out now as a digital download and limited edition CD.

CRITICAL ACCLAIM FOR DEBUT ALBUM ‘THE DEEPER THE WATER’

“Some fantastically fresh music… I really enjoyed that” Edi Stark, Janice Forsyth show, ­The Culture Studio: BBC Radio Scotland
“Wonderful, wonderful, wonderful” Gaby Roslin, BBC Radio London
“A weighty debut” Keith Bruce, The Herald
“A highly accessible sound, mixing contemporary and traditional sounds.  Essentially a mix of folk and blues, with a bit of bite, it’s enthralling” Jim Gellatly, The Sun
“King Eider will appeal to those of you who like Mumford & Sons’ upbeat take on folk but, as the album suggests, there’s something deeper with King Eider” Rick Fulton, The Daily Record
“A toe-tapping, pop-infused, bluegrassy bent carried off with mob-handed energy.  THREE STARS” Fiona Shepherd, The List
Band featured before their Coda In-store show in Music News Scotland 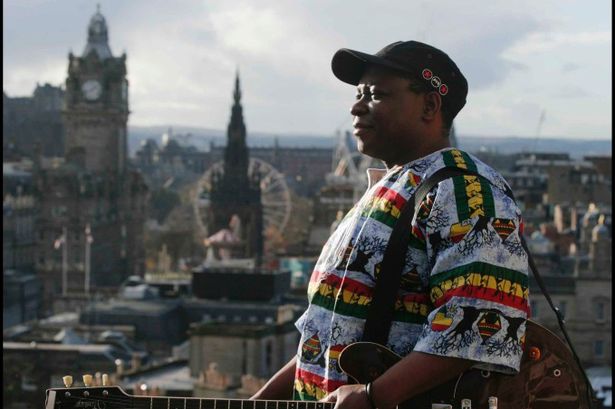 The BBC’s Andy Kershaw sights him as having changed his life, and the late John Peel famously broke down in tears the first time he saw The Bhundu Boys perform live.

Back home in Zimbabwe, Rise is attributed with starting a whole new guitar genre, called Jiti, and his band, The Bhundu Boys, topped the Zimbabwe charts countless times. In the 1980′s and 1990′s, the band toured the world extensively, and everywhere they went, people danced to their infectious Jiti music.