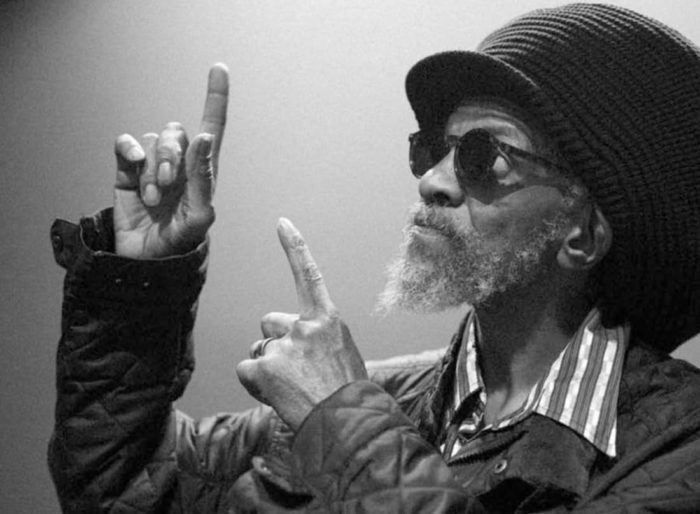 The 2019 Wee Dub Fetival is co-headlined by a bona-fide godfather of the UK scene: Jah Shaka (with Adrian Sherwood at The Mash House on Friday).

Jah Shaka has been operating a South East London-based, roots reggae Jamaican sound system since the early 1970s. His name is an amalgamation of the Rastafarian term for God and that of the Zulu king Shaka Zulu.  WIKIPEDIA. FACEBOOK

Shaka is regarded as the leading light in traditional soundsystem style dub music, whose dedication to the original roots style and spiritual marathon sets has gained him an almost mythic status globally – there is no more influential artist that Jah Shaka and his first appearance at Wee Dub is hotly anticipated. 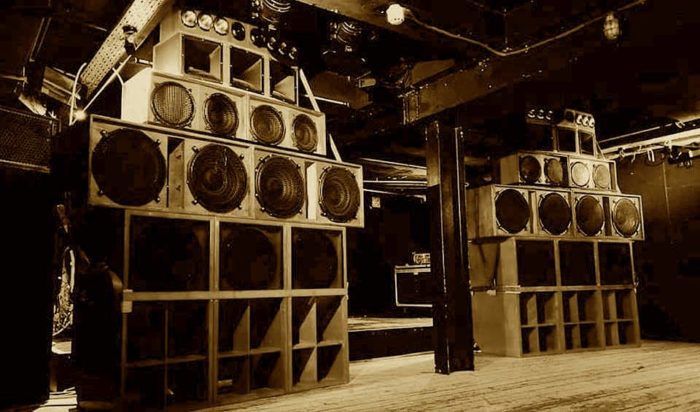 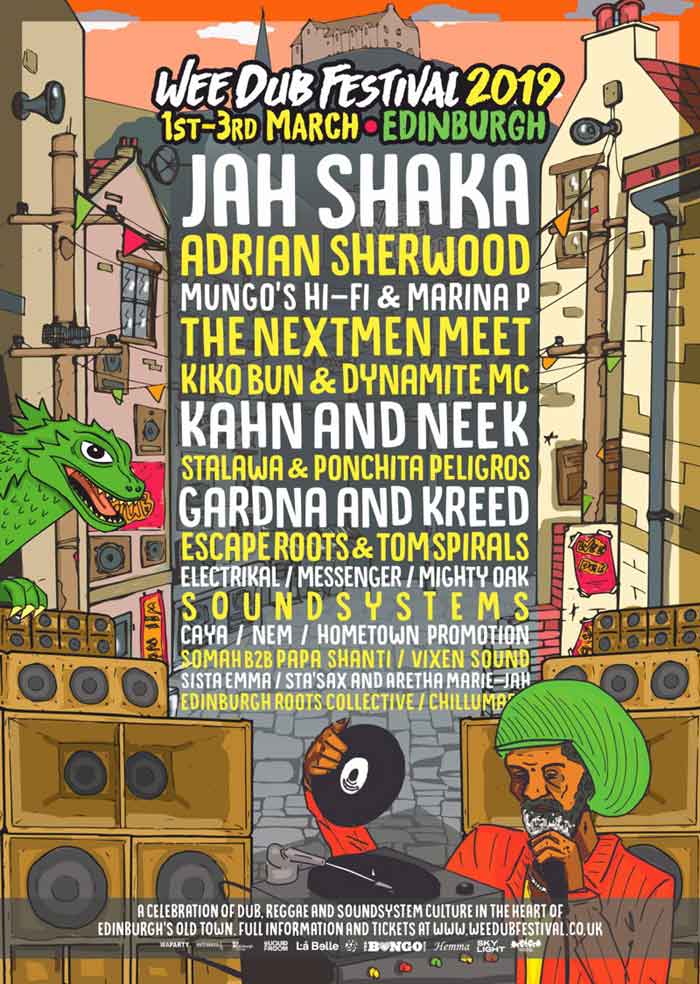 Edinburgh-based promoters of world class dub and reggae music are gearing up for their 9th edition at the start of March. Over the past few years, the Wee Dub Festival has become established as one of the finest and most-loved events of its kind in the UK and beyond, attracting the very best established and up-and-coming artists to the Capital each year for a unique celebration of reggae and soundsystem culture. The event attracts ticket-buyer from across the UK and from many European countries.

This year Wee Dub has unveiled a line-up in keeping with previous years, where established legends meet a host of home-grown and rising talent meet across 4 soundsystem sessions in venues throughout Edinburgh’s historic Old Town: La Belle Angele, The Bongo Club, The Mash House, Liquid Room and Skylight, as well as two Fringe sessions: a film screening and a family social event.

The 2019 edition is headlined by two bona-fide godfathers of the UK scene: Jah Shaka and Adrian Sherwood. Shaka is regarded as the leading light in traditional soundsystem style dub music, whose dedication to the original roots style and spiritual marathon sets has gained him an almost mythic status globally – there is no more influential artist that Jah Shaka and his first appearance at Wee Dub is hotly anticipated. Sherwood can be regarded as a vanguard of the secondary wave of UK producers, whose influential On-U Sound label helped take dub into the wider counter-culture movement and nascent dance scene of the early 1980s, leading to collaborations with acts like Depeche Mode and Primal Scream.

Beyond these two headline-grabbing appearances, the 2019 line-up sees a whole host of sets from the current crop of talent pushing soundsystem culture forward in the current era. Kahn & Neek, in particular, have gained a huge following for their uncompromising modern clash of dub and grime, while fellow Bristolians Gardna & Kreed are following the same path in establishing themselves nationally as a force of the new generation. While Wee Dub is about serious bass-weight mediation and proper dub music, but it is also about the party. And few DJ duos do that better than festival-faves The Nextmen, who appear on the Saturday night with one of the most promising new reggae voices in the UK, Kiko Bun, signed to Island Records and destined for cross-over success. Other vocalists who appear at the festival include the legendary jungle-don Dynamite MC, and first ladies of reggae Marina P from France and Madrid’s Ponchita Peligros take the mic with Mungo’s Hi-Hi and Stalawa Sound respectively.

But the festival would be nothing with the foundation of the music: the soundsystem. And Wee Dub will be amplified by the best systems in the country: Mungo’s Hi-Fi, Electrikal, Messenger and Mighty Oak. Each has a different style and a different vibe, and across the 4 sessions ticket-buyer will experience the full range of the music and culture over the weekend.

The festival is also proud to continue their partnership with Edinburgh College, where music business and production students are offered the chance to volunteer at the festival and gain some insight into one of the best-regarded music festivals in the city.

Read on for full listings, venue and ticketing information. For full artist profiles and more general information, go to the website.

Ticket Outlets: www.weedubfestival.co.uk, Skiddle.com, Tickets Scotland. Tickets are available for the whole weekend (£42+BF) or each session individually (See below).