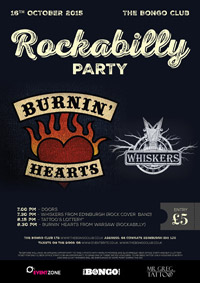 *Tickets now only availble on the door*

Everyone will have an amazing opportunity to take a photo with Marilyn Monroe and Elvis Presley (box office staff) and buy a lottery ticket for only £1 for an opportunity to grab one of three tattoo vouchers to Mr Gregg Tattoo.  Each voucher is worth £100 and the lucky winners will be announced at some point during the gig. 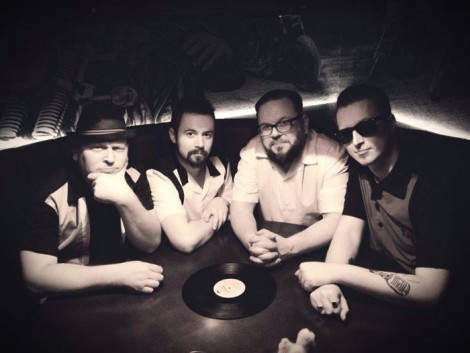 BURNIN’ HEARTS is a dynamic rockabilly band from Poland. Their repertoire includes many original compositions, as well as covers of such genre icons as Elvis Presley, Gene Vincent, Eddie Cochran, Carl Perkins, and The Stray Cats. The band is made up of veterans of Poland’s blues, rockabilly, and rock & roll scenes, with occasional contributions from Colorado-based songwriters Mark Shortess and Bobby Walker. Burnin’ Hearts have been performing since 2012, their portfolio includes many festivals: Bulwar Fest in Bydgoszcz, XX and XXI Blues Express in Poznan, VIII and X Polish Boogie Festival in Czluchowie, Suwałki Blues Festival 2014, and the Malkov Rumble Rockabilly Party 2012 in the Czech Republic. To date, they’ve released three records: the self-released “Hard Strike Rockabilly” EP, their debut LP “Rockabilly Life” (February 2014) featuring their own original material, and the “Rusty Times” EP which came out in May 2015. 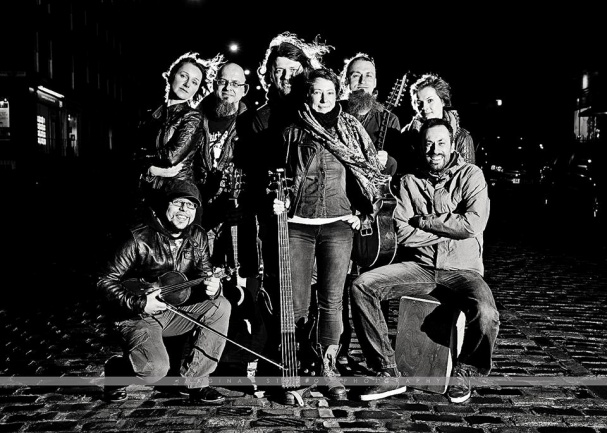 WHISKERS, a band from Edinburgh, was founded by a group of friends, amateur musicians. Initial jam sessions soon became regular rehearsals, which resulted
in their first concerts. Thanks to them, WHISKERS became recognizable and are becoming more and more popular.