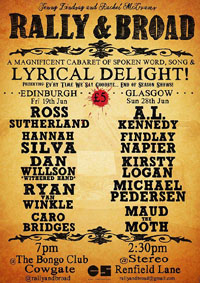 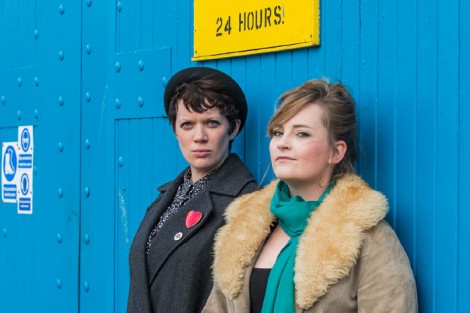 Rally & Broad poets and performers Jenny Lindsay and Rachel McCrum present their final event of the season, Every Time We Say Goodbye, featuring: 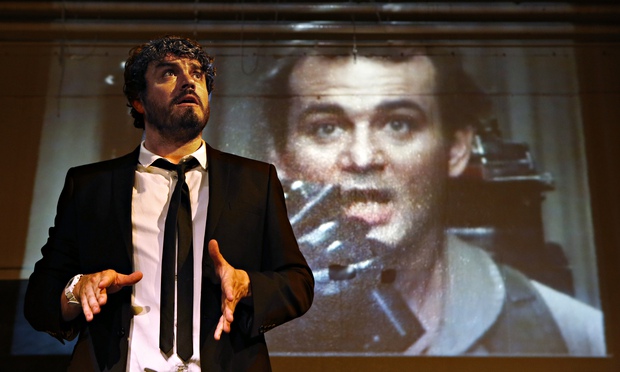 One of the UK’s top poets and performers. Author of four collections of poetry, member of the Aisle 16 collective, and currently touring acclaimed new show ‘Standby For Tape Back-Up’, Sutherland is an ingenious writer of stunningly unique work. 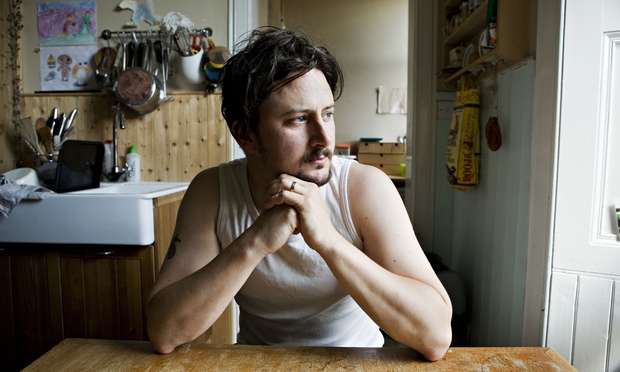 A set of beautifully executed songs from one of Scotland’s most gifted songwriters. Described as ‘The UK’s best lyricist’ by King Creosote in The Independent, Dan’s live solo performances are fragile, beautiful and uplifting. 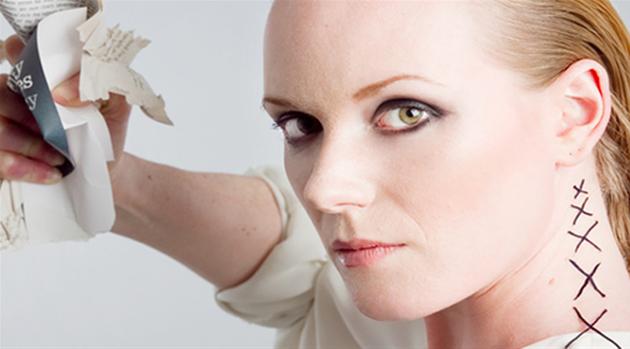 A poet, playwright and performer known for her innovative explorations of form, voice and language in performance, her work explores a wide range of subjects: from political rhetoric (Opposition) to paranormal science (Total Man), teenage sexual identity (Orchid) to long distance running (Marathon Tales). Her current performance, Schlock!, is a meditation on pain, the body and the self, consent, complicity and ownership. 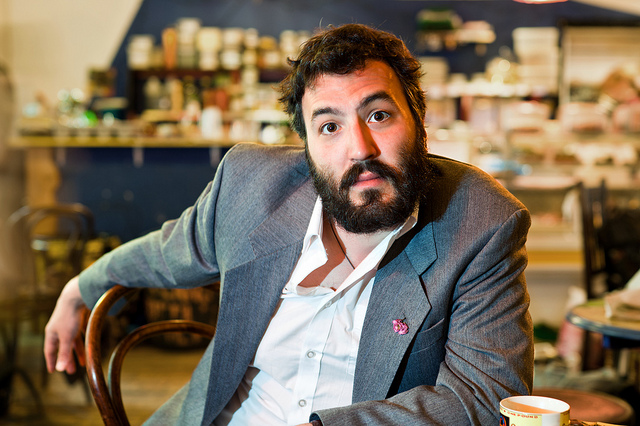 Ryan’s critically praised first collection, Tomorrow, We Will Live Here, was published by Salt in 2010 and won the Crashaw Prize. A forthcoming second collection is forthcoming from Penned in the Margins. An Edinburgh-based poet and live-artist, Ryan has toured nationally and internationally including at the Erbil Literature Festival in Iraq; as part of the Auld Enemies tour, and the Wordstorm Festival in Darwin. 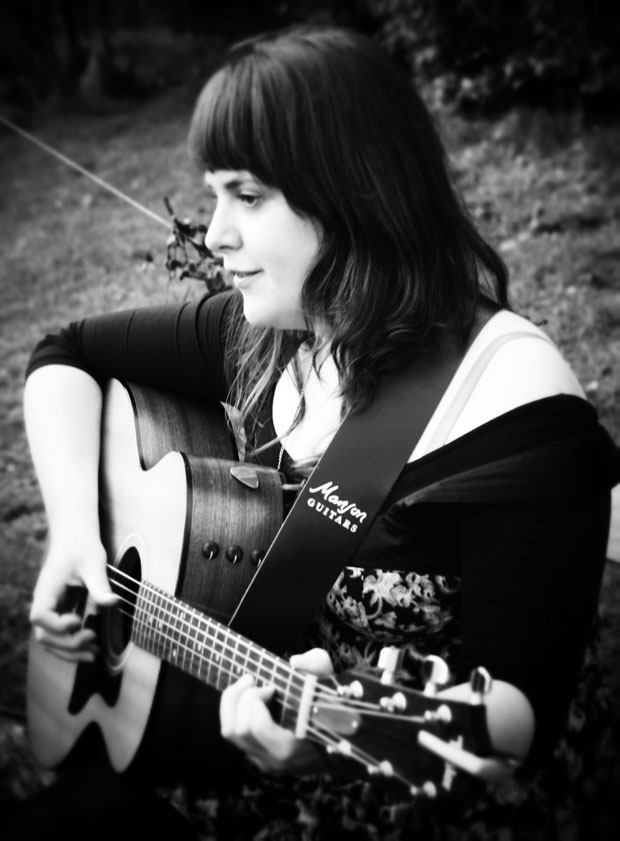 Summery and sweet, varied and interesting, Caro’s words and tunes can’t fail to make you smile. Having performed extensively, both solo and with her band The River, Caro returns to the The Bongo Club after being support act for A New International’s album launch, hosted by Rally & Broad.

As ever, it’s a killer line-up and not to be missed!