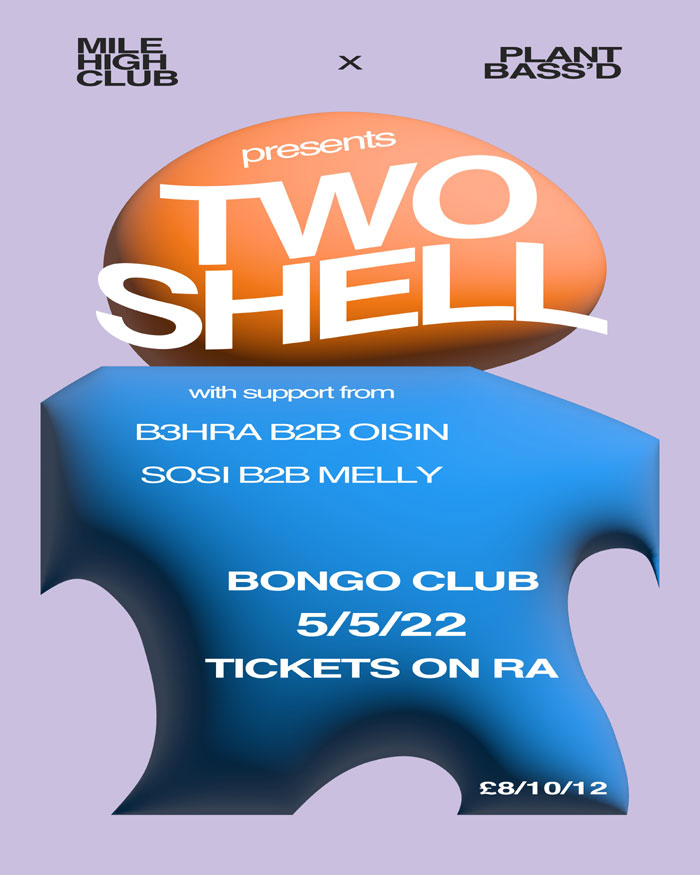 “Masterful undercover movers, Two Shell have caught the grasp of the dance music world in the last year with their fusion of UK techno, footwork, dubstep, and bass music resulting in a deftly touched yet wired sound. Releases on Bristol’s stalwart label Livity Sound and a series of self released works that stayed active online for 24 hours only have rattled the internet creating somewhat of a cult following for the duo’s every move.

Bolstered even further by sets in the infamous FOLD elevator, a constant string of shows across the leading UK clubs, and armed with club anthems like ‘Over U’ and ‘Home’, Two Shell are on the cusp of something mega and it is an absolute pleasure to bring them to the Scottish capital for the first time.

Support on the evening comes from GRDN collective head girl Sosi who has been storming the Edinburgh scene of late with her mix of high end breaks and weighty dub selections. She is joined by another regular on the Edinburgh circuit, itsnotradio’s UKG and breaks specialist Melly, for an appetizing back to back affair that has been in the making for some time now.

Mile High’s B3HRA and Plant Bass’d’s OISÍN also lock horns in the build up for the first time in a live setting after notable radio show pairings that have crossed electro, techno, footwork, hip hop and more.

This will move fast!”