I Love Hip Hop is proud to present PETE ROCK all the way over on his UK Tour making his Edinburgh debut: 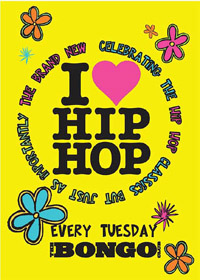 It’s at The Bongo Club every Tuesday – for those who want to celebrate the hip hop classics, but just as importantly the brand new!  With resident DJ Nasty P and friends…