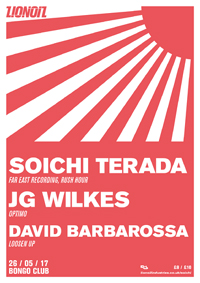 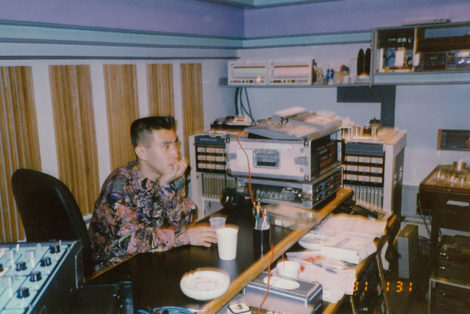 For our first adventure at The Bongo Club, we are super stoked to bring together the Far East and Near West with 90s Japanese house pioneer Soichi Terada, Optimo’s JG Wilkes and Glaswegian lord of the disco David Barbarossa for one helluva party.

Terada’s enigmatic live set has been making serious waves over the past year or so since he has piled back into the fore, with buckets of support from Hunee and the Rush Hour crew who helped compile and release ‘Sounds From The Far East’. If you haven’t checked his work, you should – although you may well already be familiar with his soundtracking of PS1 classic ‘Ape Escape’.

JG Wilkes, half of Optimo, barely needs introduction. Now celebrating the 20th anniversary of the legendary Espacio, much of their musical heritage and sensibilities have converged with Terada, spanning much the same era over opposite sides of the globe.

Oh, and we’ve thrown in our good friend and equally heroic, although largely less sung, lord of the borders dark ginger disco biscuit David Barbarossa into the mix, for a deeply dug and equally enigmatic warmup (just for good measure).